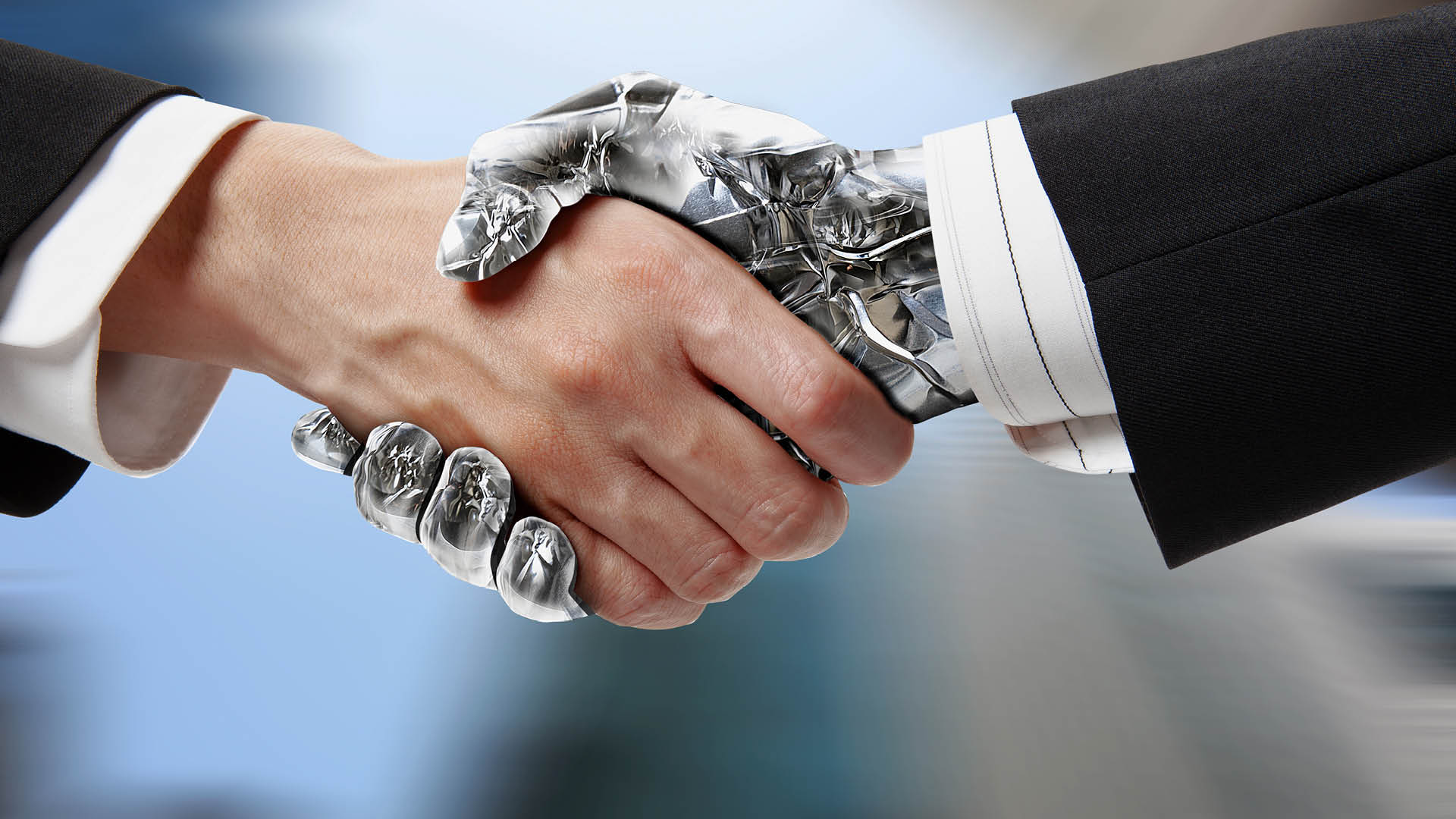 The Future of Work

A concerning debate is growing over jobs and the effect that artificial intelligence (AI) will have on the world of work. A 2016 study by Cape IT Initiative (CITi) and the Oxford Martin School at the University of Oxford estimates that AI could result in the loss of as many as two-thirds of jobs in South Africa. A more recent estimate from Accenture, in January 2018, puts the figure closer to 35%.

Frans Cronje, co-founder of machine learning specialist company DataProphet, is pretty frank when it comes to job losses: they are definitely going to happen. He admits that AI – because it amounts to intelligent automation – will eliminate some jobs.

However, he points out that in some cases it has also helped assist workers with better information. Despite this, he says that there is the desire in manufacturing to further automate processes to the point that plants are run by just a handful of operators.

“Once AI has gained the necessary trust and use cases in manufacturing, I would expect it to be used in a similar manner,” he adds.

The manufacturing sector will not be the only one affected.

Ryan Falkenberg, co-CEO of AI firm Clevva, believes that in a developing country like South Africa, there will be significant job losses in any area where staff perform repetitive work, the kind that machines can easily replace. While his AI platform – by using algorithms to better analyse data – has helped a local bank to increase sales of financial products by 52% and an oil company’s call centre to resolve nearly all suppliers’ technical issues, it’s not clear how many jobs this has cost. He says while developed countries have the luxury of workforces that have high skill levels and the ability to move up the value chain, in South Africa many lack the capability to do so because of poor education.

“As a result, they need to rely on their emotional intelligence as well as multilingual and cultural skill sets to offer a differentiator to AI,” he says. Falkenberg believes that it is therefore critical that South Africa focuses policy and investments on augmenting staff with digital intelligence rather than simply focusing on full-automation alternatives.

“We need to help people transition to different roles, and companies need to be incentivised to invest in AI solutions that existing staff can leverage to increase existing productivity without being excluded altogether,” he argues.

For CITi CEO Ian Merrington, of particular concern in South Africa is the effect automation will have on the the youth, specifically those with a basic or low-level education. Merrington argues that AI-run machines are being trained to occupy roles that are most likely to be replaced.

“This is likely to increase social inequality, as it will hurt the poor the most – unless we can create appropriate upskilling interventions,” he says. To counter this, he believes South Africa needs to adopt an agile school and college curriculum. Teaching methodology will need to be designed for the needs of a digital economy; not the economy of the past, as is currently the case, he says.

“We also need much less emphasis on three-year degree courses and a greater focus on the new proxies for talent, particularly competencies, which will involve an ongoing learning approach, in order to cope with the rapid change that the digital economy places on job needs,” he argues. He points out that the financial services sector is already bearing the brunt of the efficiencies created through the digital value chain and AI. Agriculture and public transport are also going to be heavily impacted, he adds, but says manufacturing will probably be the sector that will shed the most jobs in the medium term. The jobs most at risk from AI will be mechanical or production and administrative tasks, but with the current advances in computing power – and the decrease in cost thereof – all jobs that require only knowledge are likely to be replaced by machines as knowledge is easily codified.

“Creativity is therefore going to become an important characteristic for any employee wishing to future-proof their career,” he points out. To address these challenges, CITi is currently scaling up its various training programmes to place 3 000 unemployed youth in tech jobs over the next three years. Merrington says the participation of corporate South Africa will be critical to the success of this initiative. While the National Treasury’s Jobs Fund has put in R75-million and Telkom’s BCX has added R100-million, CITi needs to raise another R125-million. He argues that corporates need to see critical skills development as an investment in their own organisational future, rather than a cost.

It is not just jobs that are at risk. In a report released in November 2017, the global Financial Stability Board (FSB) said replacing bank and insurance workers with machines risks creating a dependency on outside technology companies beyond the reach of regulators. Among other things, AI could, for example, lead to unsustainable increases in credit by automating credit scoring. In addition, if a major AI provider went bust, it could lead to operational disruptions at a large number of financial firms, especially if AI is deployed in ‘mission critical’ applications, the report said. Regulators could also find it difficult to identify who was behind any key financial decisions that went wrong.

Consultancy firm Accenture said that three-quarters of bankers surveyed believed that AI would become the primary way banks interact with customers within the next three years. There will also be tax implications. University of Johannesburg (UJ) Deputy Vice-Chancellor of Research Tshilidzi Marwala points out that because AI will likely reduce the number of workers, it could potentially lower the amount of collectable tax. This will also likely exacerbate the gap between rich and poor.

In addition, if people are going to be put out of their jobs, who will buy the goods that these robots will produce? Where will these customers get the money to buy these goods? What it essentially means, says Marwala, is that governments will need to consider hiking corporate taxes. Alternatively, the state could tax robots themselves – something Bill Gates proposed in 2017. However, robots and AI have become so ubiquitous that it will be difficult for authorities to decide exactly what to tax. After all, even Microsoft Word uses a degree of AI when the program’s spelling and grammar checker is used. Does that mean one should tax such programs and firms that develop or use them?

Governments will also need to give serious thought to a universal income grant – an idea first proposed by Tesla founder Elon Musk. Marwala says that, ultimately, AI will give rise to a new kind of capitalism. While it may help business to become more productive and could be deployed to replace dangerous jobs such as firefighters or miners, it also risks increasing inequality and joblessness. But he says while the government has initially been slow to respond to the threats and opportunities posed by the Fourth Industrial Revolution (4IR), there are now encouraging signs that things are changing.

At the BRICS Leaders’ Summit held in Johannesburg during July 2018, President Cyril Ramaphosa called upon BRICS countries to collaborate with one another to better prepare for the changes that new technologies are expected to bring about. To tackle this challenge, the BRICS ministers of industry agreed to set up an advisory group comprised of policy-makers and experts from all these states.

Adding to this, the University of the Witwatersrand, University of Johannesburg, University of Fort Hare and Telkom announced in September 2017 that they were working together to develop a national response to the 4IR for South Africa. The partnership explores the impact of the 4IR on the economy and the new digital economy; higher education and the future of work; inequality; citizens, society and the state; and other critical factors.

“Politically, there is much more engagement, there are more people talking about the 4IR than before,” says Marwala.

A key question that remains is how one allocates research into AI and the 4IR. Marwala adds: “The first thing is to talk about it, but that is not sufficient. You still need to pursue matters that are of importance to South Africa.”