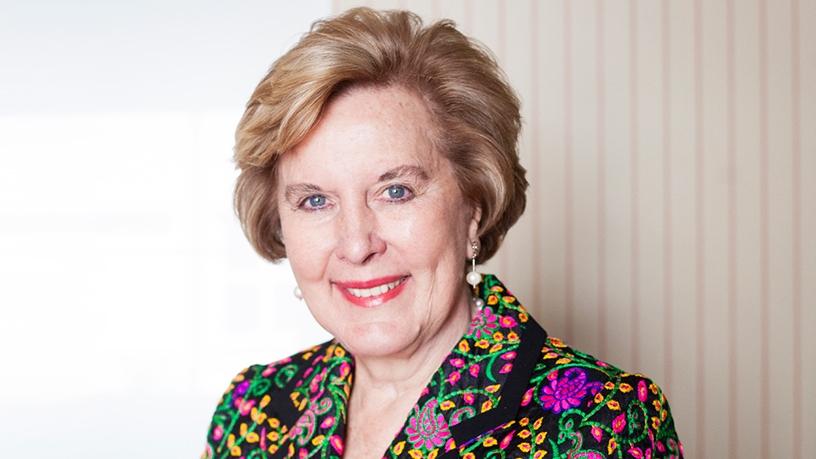 The bots are coming!

If the media hype is to be believed, the robots may well be coming for your job. In fact, late last year, McKinsey research showed that up to 800 million workers worldwide may lose their jobs to artificial intelligence (AI) by 2030, while half of contemporary work functions could be automated by 2055.

Just how much of a threat is computer learning – as AI is sometimes called? What sort of jobs may be replaced by robots? And can we learn to live with them?

Ryan Falkenberg, co-CEO of CLEVVA, points out that Elon Musk, Uber and Airbnb are transforming entire industries with AI, while established technology giants such as Microsoft, Apple and Google are investing billions into AI-powered features and startups to ensure they maintain their dominant market positions.

Yet, this issue goes beyond tech, into the world of human resources and recruitment. As Auguste Coetzer, a director with head-hunting company Signium Africa, points out, science fiction is fast becoming reality in manufacturing and service industries in the developed world.

Coetzer says a 2016 study by the International Federation of Robotics says the number of robots sold globally will double to 400 000 units by 2018, with 70% of the demand coming from China, Japan, the US, South Korea and Germany.

That sounds scary. But, as Coetzer adds, World Bank research says Africa has two industrial robots per 100 000 manufacturing workers and massively lags the developed world, but cannot ignore the trend.

So, what does this mean for us? What jobs are at risk? And what are the benefits of AI if we may lose jobs?

Coetzer argues that a widely quoted 2016 study by Daron Acemoglu (MIT) and Pascal Restrepo (Boston University) suggested bots would merely trigger the creation of new, better jobs. In fact, in at least one economy, each bot – or robot – cut just 6.2 jobs per 1 000 workers.

While Coetzer points out that Acemoglu and Restrepo say US bot sales are expected to quadruple, so job losses could mount, many companies that invest in robotics say they are hiring more as higher productivity drives company growth as people move to tasks with high value creation.

Sudhir Juggernath, head of Orange Applications for Business, Orange Business Services, who asks whether AI is a buzzword or a practical reality, says, rather than being seen as a replacement for humans, AI should be seen as a helping hand to humans. AI cannot currently complete common-sense tasks – it is proficient at processing and analysing terabytes of data far more quickly than a human brain could, he notes. Instead, AI can help provide humans with more tangible information, allowing for more informed decision-making, paving the way for humans and AI to work together to deliver a better outcome.

One robotics application now flips burgers to consistent quality levels, with big implications for college dropouts who assume they can always get a job flipping burgers.

As a result, as Juggernath says, as AI, robotics, automation and other advanced technologies enter the workspace, skills such as critical thinking, creativity, and problem-solving gain in importance; it’s a space in which technology complements humans, and doesn’t replace them.

Joanne Shields, MD of BT in Africa, agrees, pointing out that AI is a hyped topic at the moment. However, in practical terms – and at least in the short to medium term – these changes won’t be nearly as extreme as Hollywood’s dystopian vision of AI.

She also points out that each industrial revolution has had its own impact on skills and jobs, and AI means staff will be able to take on tasks that humans are far better placed at doing. This is a world of ‘augmented’, not artificial intelligence. “The good news is it will make us more productive. But, there will inevitably be winners and losers.”

Who will be affected? Coetzer says blue-collar jobs may decline, but machines are not likely gunning for the C-suite. Instead, machines are more likely to be used for the lower-end jobs because they are faster, more precise, more consistent and more productive, she says. “Pressure on repetitive manufacturing jobs is already evident. One robotics application now flips burgers to consistent quality levels, with big implications for college dropouts who assume they can always get a job flipping burgers.”

The lesson is simple, says Coetzer: “A good education and skills are essential for humans.”

Shields says there are two notable gains that are not only synonymous across industries and applications, but are also currently significant drivers behind this adoption: improved business data analytics and increased operational efficiencies.

There are advantages to AI as this, and especially machine learning, will be core to an organisation’s digital transformation, adds Morne Bekker, country manager at NetApp South Africa. This is because AI allows for automation, and machines can, he argues.

So, how can AI benefit businesses? Juggernath argues that all verticals and businesses will drastically benefit from AI, but the key here is to make sure that the use case and business case make sense. As a result, it’s important to look at global companies that have the experience so time and money are not wasted.

Some gains may come from labour substitution, but automation also has the potential to enhance productivity, raise throughput, improve predictions, outcomes, accuracy, and optimisation, as well as expand the discovery of new solutions in massively complex areas such as synthetic biology and material science, says Juggernath.

Shields adds that with each wave of the fourth industrial revolution, AI will have a transformative effect across industries. Some of the examples we are already seeing start to take shape include:

In the general office environment: routine tasks will be automated or handled by virtual assistants, giving human employees more time to do what humans do best: talk, listen, empathise, connect, imagine, create and innovate.

In the brick-and-mortar retail store: Radio-frequency identification technology (RFID), Internet of Things (IoT) and mobile technologies will liberate sales associates from chasing down items in the stock room and manning pay points so they can engage their customers in person and provide a truly individual service to everyone.

In the contact centre: augmented intelligence will supplement agents’ expertise to solve complex customer problems. The agent can even work from home, seamlessly connected and plugged into all the multimedia services she or he needs. As a result, work will become more engaging, more productive and help meet employee expectations for connection and fulfilment.

In mining and industrials: in some respects, these industries have already been leveraging on automation, particularly within their processing operations. However, they stand to benefit significantly in terms of improved safety and productivity across their mining and processing functions from further automation and AI adoption.

Another industry Bekker says is benefiting is that of space exploration. Creating a 3D map of a billion stars in our galaxy is no small feat. It takes decades of hard work by the world’s brightest scientific minds. And it takes data. Lots of data. Whether they are mapping the Milky Way, landing on a comet, or searching for life on Mars, the scientists at the European Space Agency (ESA) depend on reliable access to massive quantities of data to explore the universe and share their discoveries with the world.

Yet, to analyse this ‘library of the universe’, artificial intelligence and specifically machine learning need to play a pivotal role. This, says Bekker, is because machines allow scientists to turn their data into assets, a task humans would not be capable of, which allows for innovation, ‘superhuman performance’, and efficiencies.

Examples where AI has been used in business include:

FNB is making use of selfies to allow people to open accounts.

What’s taking AI forward, says Juggernath, is that, in coming years, we can expect to see more organisations automating processes and removing mundane tasks that can be effectively streamlined by disruptive technology. These time savings will free up staff to focus on more high-value, strategic roles – such as ensuring the team provides the data-driven insights to the rest of the business about new opportunities and trends, so that businesses can make informed decisions based on the numbers.

Yet, there are challenges. Among these is trying to make AI as good as a human brain, says Juggernath. Then there’s also the question of who is blamed when malfunctions occur because lines of responsibility are not as clear cut as they used to be.

There’s also the issue of privacy, says Juggernath. If data is the fundamental element of AI, companies will try to gather as much of this as possible – sometimes knowingly, sometimes unknowingly. This may lead to uncharted territory and cross privacy boundaries, and cause more harm than good.

Shields cites one of the biggest challenges when it comes to automation and AI as being the cost of the upfront capital investment. Another is a lack of skills, which – in some areas – is already holding back digital transformation, and AI will require retraining from one area to another.

Falkenberg says another reason for slow AI adoption is that most AI solutions still require highly skilled coders with experience in programming languages such as Python to get them working. This limits businesses’ ability to accelerate adoption, as it immediately requires a sponsored IT project that must be approved via the typical change approval processes. There is no room for business teams to ‘test our thinking, and give this a try’. As a result, only the large projects get approval, limiting the adoption of AI across all parts of the business, he notes.

Yet, in all cases, a trained and skilled person is needed to operate the wearables, hinting at a future in which humans work with cobots in many areas, says Coetzer. The highly trained, well-educated cobot co-worker will become a major contributor to productivity and profit, she says.

“Executives will still find ‘man’ management is a key part of their task, but a new managerial style may be needed in this high-skill, high-knowledge environment. A very human, empathetic approach will be more appropriate than ‘command and control’. Ironically, the cobots could bring out our human side.”

What jobs are at risk:

Amy Dempsey, principal consultant at Bizmod, cites some examples that research indicates are jobs at risk of automation (the list is extensive and, ultimately, it comes down to tasks, as opposed to positions, that are at risk of replacement):