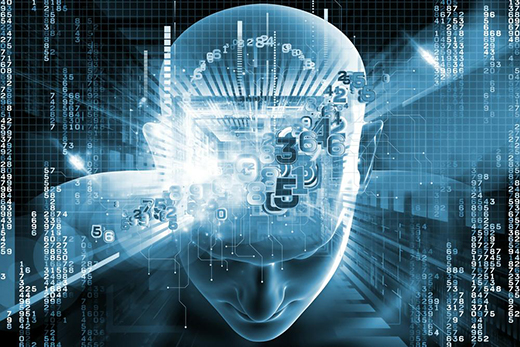 Is South Africa ready for AI?

More and more people are living in smart, connected homes. Devices such as Amazon’s Alexa to control lights, Google’s Nest to learn and anticipate heating preferences, and smart meters to give real-time data about energy usage are becoming more popular locally and abroad.

But these IoT technologies have an impact far beyond our homes, especially when it comes to energy. Smart meters, for example, give a clearer picture of energy usage not only to consumers, but to grid operators too, taking the guesswork out of balancing supply and demand.

And this is just the tip of the iceberg when it comes to the digital infrastructure now helping the energy sector to be more efficient than ever before.

If you visit a modern power plant, you will find digital sensors attached to every piece of equipment. These sensors generate vast amounts of data, which Artificial Intelligence (AI) is able to analyse and make sense of to increase efficiency – helping to generate more electricity from less fuel. Not only this, but, combining data and AI can create a power plant capable of operating itself.

And this is not just a futuristic vision. In Takasago, Japan, Mitsubishi Heavy Industries Group is in the process of building a ground-breaking new natural gas power plant capable of running autonomously. The plant uses a digital platform developed by Mitsubishi Hitachi Power Systems, MHPS-Tomoni, which has the capability to mine data generated by sensors around the plant, and uses AI to take on tasks such as diagnosing failures before they happen, reducing supply when needed, or increasing power generation if demand spikes.

While the plant can be fully independent, the concept of Tomoni – which translates as ‘together with’ – emphasises the importance of AI and experienced engineers working together to make power plants operate as efficiently as possible.

While it is a significant step forwards, using AI to run power plants more efficiently only solves the supply side of the wider energy efficiency equation. Reducing energy demand is also critical, and huge leaps forward have been made over the past decade. According the International Energy Agency (IEA), global energy intensity – measured as the amount of primary energy demand needed to produce one unit of GDP – fell by 1.8% in 2016. Since 2010, intensity has declined at an average rate of 2.1% per year, which is a significant improvement from the average rate of 1.3% between 1970 and 2010. More than half of these gains have come through improved HVAC systems and the energy efficiency of buildings. This is thanks to everything from advanced building insulation and energy efficient lightbulbs through to devices like smart thermostats.

Industrial energy – the biggest and most intensive area of energy consumption – has so far only accounted for around a sixth of the total global investment in energy efficiency. Despite these relatively low levels of spending compared to buildings and transport, the IEA says energy use per unit of economic output in the industrial sector fell by nearly 20% between 2000 and 2016.

According to an article on Memeburn, while global juggernauts such as the aforementioned Amazon are structuring their business models around AI and machine learning (ML), a key subset of AI, in South Africa, analysts have delivered enthusiastic reports regarding the economic potential of AI. Research has shown that it can double the growth rate of the

South African economy and accelerate rates of profitability by an average of 38% by 2035.

These are astounding figures, but the reality is that in South Africa, we are simply not ready to harness even a fraction of the potential that AI presents. There is much planning, investment and policy-making required before local businesses and decision makers can begin to leverage this transformative technology.

In order to maximise the existing capabilities of AI, businesses need high-quality data. More specifically, they need to move from thinking big to thinking deep when it comes to data – which translates into creating a select number of information-rich data streams. When properly harnessed, these data streams can produce greater business value – at lower cost – than endless volumes of data. Although AI relies on clever algorithms, the algorithms need to be fed with data that is highly relevant to the context in question.

When taking into account how AI is already being used around the world, and its future applications, it is clear that local corporate leadership has to begin to grasp the fundamental building blocks of the technology – and what it represents.

On a positive note, there are numerous local start-ups such as Data Prophet and Clevva that are making strides within AI and ML. Importantly, established corporates must be open to collaborating with nimble AI start-ups to create hypotheses tailored for their business/market – and thereby to move into the trial and error stages of AI implementation.

As Maciej Kuziemski of the University of Oxford notes, “The AI revolution could either pull the ‘bottom billion’ out of poverty and transform dysfunctional institutions, or entrench injustice and increase inequality. The outcome will depend on how we manage the coming changes.”