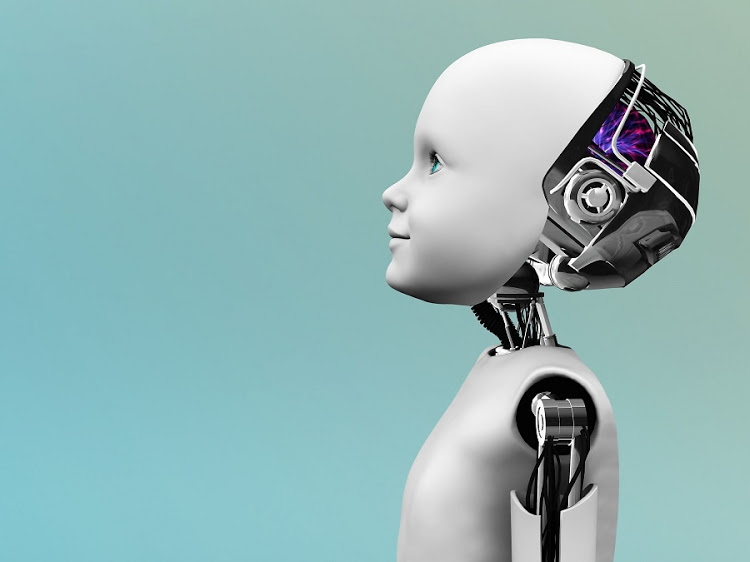 Artificial intelligence: the upside of robotics

Could the spread of AI hold opportunities for countries like SA that are thought to be rich in emotional intelligence?

Reports of a looming jobs bloodbath have done the reputation of artificial intelligence (AI) technology no favours.

A 2016 study by Citi and the Oxford Martin School at the University of Oxford, for instance, fanned apprehension because the researchers found that two-thirds of jobs in SA were at risk of being automated.

But some in the industry are more sanguine about the technology’s possible effect on the country’s fragile labour market. They argue that AI is an opportunity for countries that have a high emotional intelligence quotient (EQ).

“[At present,] call centre agents need to learn fairly complex information to answer customer queries. The expertise that is needed prevents many willing people from being selected for these positions, as they struggle to attain the required financial or technical knowledge,” says Falkenberg, whose company provides AI-powered virtual advisers.

With an AI subset called “intelligence augmentation”, agents no longer need to have industry-specific knowledge — or even a matric.

They can simply follow the guidance of their “digital expert”, which acts like a real-time call navigator.

“Agents’ focus can shift to the customer and the quality of the conversation. They become specialists in the psychology, not the content, of the call.

“This skill, driven largely by one’s EQ, is something many South Africans possess naturally — it’s what sets them apart from agents in India or the Philippines. Intelligence augmentation allows them to use their knowledge of diverse cultures and languages, and their sensitivity to different personalities and call preferences, to stand out.”

Altron CEO Mteto Nyati agrees. “We live in a diverse country, and just dealing with that complexity boosts the EQ of our people. Also, our English is neutral, so we have that advantage.” He says Altron is in talks with the department of trade & industry about appropriate incentives to boost the call centre industry, and for help with pitching SA’s capabilities to other countries.

Europe is a particularly attractive target market because time zones are broadly similar to SA’s.

“We can deliver call centre services more cheaply because of our low labour costs, and we’d be addressing the youth unemployment problem here at the same time,” Nyati says.

Local companies, including MultiChoice, are already using AI in their call centres. Using the IBM Watson platform, MultiChoice launched a chatbot for its agents a year ago after training the virtual assistant to recognise and provide suggestions for more than 4,000 questions.

AI will not replace the company’s 1,500 agents, but will “help them to do their jobs better”, says Roland Naidoo, head of customer operations at MultiChoice SA.

The technology has reduced training times for new agents from eight weeks to just 10 days, Naidoo says. Further, training can now focus on “soft skills” rather than technical knowledge.

Andrew Quixley, sales leader for IBM Watson in Africa, says that judging from previous revolutions the fourth industrial revolution will not result in major job losses. It will simply give rise to new job types.

He refers to the introduction of 80,000 robots in the US automobile industry years ago, which, unexpectedly to some, resulted in more than 200,000 new jobs.

Falkenberg says call centres do not provide the only opportunity to leverage AI in SA. Intelligence augmentation “offers a means to upskill people rapidly”. Having a “digital expert” handy allows people with the “right attitudes” to become valuable, even if they lack the knowledge and skills normally required to perform a task.

“Take a financial salesperson, for example: at present you need to know a lot about finance and regulations to even have a sales conversation with a potential client, and you need to be personally accredited as competent before you are capable of performing in that role.”

While this could create barriers to employment, the use of intelligence augmentation means those without traditional qualifications can become “instantly capable of performing like experts”.

“There’s a shift in the job economy but [AI is] not at all the death of it,” says Samina Rizwan, senior director of business analytics and big data for the Middle East and Africa at Oracle. Rizwan says mundane, repetitive tasks will be phased out as AI takes hold.

“Humans will focus more on insight-driven, intelligent activities. We’re not meant to do the mundane, repetitive tasks. And besides, even if you’re highly intelligent, there’s always the risk of error. Automation also eliminates that risk from operations.”

Data administrators will be able to become “data professionals”, for example. “So it augments your intelligence and makes you more capable; and on your résumé it certainly looks better to say: ‘I’m a data professional who analyses data and helps my organisation make decisions’.”

Rizwan says SA has the population “to push into that space”.

Of course, not everyone’s an optimist. Aadil Patel, director and national head of Cliffe Dekker Hofmeyr’s employment practice, says SA’s recession could be more threatening than the global financial crisis a decade ago because of the trend towards automation.

“Technological advancement and the increased use of automation will likely result in various unskilled jobs, as well as certain skilled jobs, being made redundant,” Patel says.

High-speed mobile internet, AI, big data analytics, and cloud technology are all “blurring the lines” between physical, digital and biological spheres, he says. “As a result, we are expecting to see an increase in productivity-enhancing roles, but a decrease in full-time formal employment overall, which will probably be as a result of increased retrenchments.”