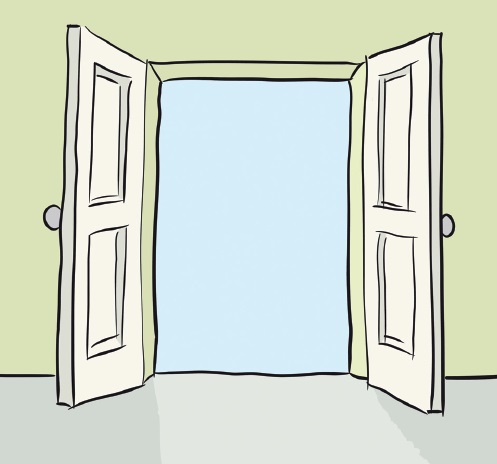 AI is open for business

Thanks to the advent of, among other technologies, cloud computing and big data, humanity now has the capability to gather, process and use vast stores of data.

To aid this process, much has been done to improve the search capabilities of engines such as Google to improve the accuracy of keyword searches. This helps people find relevant information that exists within an organisation’s databases, or across the entire Internet. And while this proves helpful, it is not solving the real challenge organisations face: people making interpretation errors that lead to the wrong decisions and actions as a result of this information.

Enter artificial intelligence (AI), technology designed to emulate the decision-making power of humans. Driven largely by advances in cognitive computing and machine learning, AI has the potential to change the future of work and the role of people. Because it can rapidly analyse huge volumes of data when making decisions (people still have to read and absorb information, which takes time), AI offers organisations a way to cope with the explosion of data, using technology to perform the interpretation function that people usually perform.

Yet it is this reliance on the logic of technology to automatically learn and adapt to changing data that also creates anxiety, largely because technology is not as regulated by social ‘decision rules’ evident in people’s values and cultures. As a result, purely ‘rational’ decisions based on available data may prove to be completely inappropriate, either through errors in the data or a failure to apply socially relevant decision rules.

As a result, adoption of AI technologies across organisations varies. Where big data is involved, and the speed of data change requires adaptive, automated intelligence, machine learning technologies are being actively used. The intelligence Facebook uses to make friend suggestions or how Google photos recognises faces and places are both examples of AI, and machine learning, in action.

However, for many organisations, the more pressing challenge is not how to automate decisions based on data that is fluid and decision rules that change constantly, ie, unknown decisions, but to capture the known intelligence that experts apply in their current decision-making processes, and replicate it. In effect, to capture existing organisational expertise, and then scale it.

Purely ‘rational’ decisions based on available data may prove to be completely inappropriate, either through errors in the data or a failure to apply socially relevant decision rules.

Attempts to use decision tree logic quickly failed due to the rigid nature of the logic, and the inability to maintain it as variables increase. This led to attempts to use more data-driven logic. Chat bots were some of the first technologies to apply this. And while many bots have got better at understanding what the user is asking for, using improved language translation algorithms, many have struggled to overcome the challenge of helping a user diagnose their problem before finding a solution. This ability to advise rather than merely assist continues to dog the adoption of chat bots and virtual assistants, with users often frustrated with the limited range of logic on offer.

That said, emerging new technologies are perfecting the capture and deployment of true virtual advisors, capable of offering users intelligent decision-making support that can help diagnose their situation, assist them to make the right decisions based on known solution options, and help them perform the right actions in line with known policies and procedures. These AI systems specialise in the capture and replication of known intelligence, with the aim of driving consistency across sales, service and operational environments.

Currently these forms of AI are being used in banks, insurers, petroleum companies, electronic distributors and telcos in South Africa to assist staff in their decision-making, within their product, policy and procedural realities.

For example, a local commercial flooring company that was struggling to get salespeople up to speed on its vast range of products has been able to capture the logic its top product and sales experts apply, and make it available to all sales teams so they too can perform like experts. This has resulted in new sales people being able to perform within a month at levels it used to take two years to achieve through much training and hard-earned experience.

Any area where staff are currently struggling to apply known decision-making and action-taking formula, often reflected in product, policy and procedural documents, can now be resolved through AI. Rather than training staff on the required formula, organisations can now build virtual advisors that act like real-time decision-making GPSes. This not only drives improved consistency and compliance, it also allows staff to focus their efforts on the client.

By using AI to augment human performance, rather than replace it, organisations will be able to achieve the consistency in execution they desire while benefiting from the creative, adaptive and innovative value of their staff − value that is currently not being unearthed simply because staff are still primarily being used to replicate known formulae. It also allows organisations to adopt AI without being compelled to fundamentally rethink their existing business models.