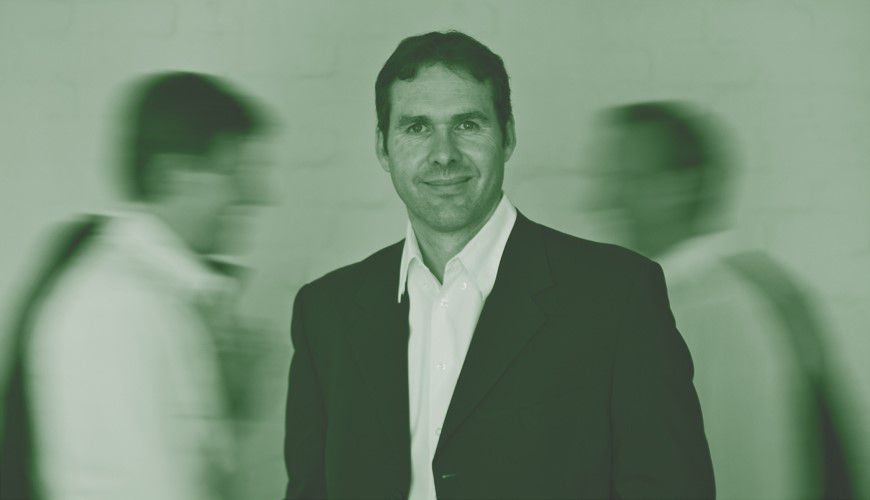 Meet Clevva, the company that thinks AI can save workers from redundancy

There are plenty of people who are convinced that artificial intelligence (AI) will render most jobs redundant. The consequences of that, they say, will be earth-shaking. One company, however, thinks that humans and AI could work really well together.

Based in the rolling vineyards outside of Cape Town, Clevva was founded with a simple mission: to make and build AI that helps people do their jobs, rather than rendering them redundant.

To get a better sense of how it plans to do that, we visited the Clevva offices and spoke to co-founder and co-CEO Ryan Falkenberg.

As is the case with many businesses, Falkenberg founded Clevva (together with his brother and long-time business partner Dayne, and tech industry veteran Mark Pedersen) out of frustration with the industry he was in: corporate education and learning. Unlike most entrepreneurs though, the Falkenbergs already owned their own businesses with high profile clients.

The trouble, Falknerberg explains, was that he felt like they were “optimising a broken model”.

“We were still trapped in the knowledge economy, and even in the industrial economy’s view of what human learning is all about,” he told us.

That model asks people to learn and replicate a pre-set formula. And for a long time, that’s been fine. Now though, increasingly sophisticated AI systems can do that much better than human beings.

As a consequence, people trained to replicate formulae are rapidly becoming redundant.

In fact, Falkenberg told us, ‘by accelerating people’s learning in that model, we were making them more vulnerable, because actually they were entering a world in which they were being asked to replicate a formula that was way more complicated that they were being trained on”.

At that point, he realised he couldn’t be in the training and human development game, which is about making people more powerful, if all he was doing was making them vulnerable to change.

And so, he and Dayne sold their businesses and set out to find an “AI for people”. Ideally, they were looking for a platform that gives employees “highly intelligent navigational capability that makes them far more productive”.

When they couldn’t find what they were looking for, they realised they would have to build it themselves.

The Clevva founders weren’t just interested in creating AI to augment human workers though. They also wanted to empower companies to build AI-centric learning tools without anyone having to know a single line of code.

Essentially, the company just has to know the logic behind specific scenarios an employee might encounter and then use Clevva to build a navigator that automatically takes them through that process.

This, Falkenberg told us, allows companies to hire employees not to replicate a formula, but to add value.

Take a call centre for example. As Falkenberg points out, no one becomes a call centre agent because they want to learn about banking or how to settle an insurance claim. But that’s exactly what they have to become. Or they have to read a script. And, as we all know, conversations don’t go according to script.

As a consequence, providing a great customer experience (the thing these agents are supposed to do) slips way down the priority list.

So why not, Falkenberg asks, use AI to do all the logical stuff and “give these people, the space to be brilliant at what they’re brilliant at and completely remove the dependencies that hold them back?”

It doesn’t just work for call centres either. Clevva has customers in the telecoms sector who use its tools to guide technicians through repairs they may never have seen before.

It’s also found applications in banks, petrochemical companies, and even big consulting firms. The impact of people being augmented, rather than replaced, in those industries is potentially massive.

A realistic glimpse into the future

Of course, Falkenberg isn’t naïve enough to think that there aren’t industries that will be completely automated. But, he cautions, “there are so many business models that still require an experience that is not purely digital”.

But AI can still offer those industries a competitive edge by freeing up their employees’ collective brainpower from drudgework.

And that, Falkenberg believes, could have seriously positive knock-on effects for humanity:

“I think we as human beings function on autopilot so often. You can see it politically, you can see it socially, economically. We are non-thinking a lot of the time”.

“Now if we can allow the robotic nature to be done elsewhere, it will give us time and space to start learning to become more conscious human beings and better at the higher-level thinking. And that’s something that I think is an opportunity for us as society”.

A model for optimism

For Falkenberg then, Clevva isn’t just about using technology to turn a profit. It’s about showing that such a world is possible and that we don’t have to surrender to new forms of technology.

In fact, he says, that’s the opposite of what we should be doing:

“My worry is that if we just focus on replacing humans without also focusing on the people who actually make up organisations, there’s a lot of pain coming”.

But, he says if we can successfully use AI to augment humanity, it “could be a hugely liberating journey for society, as opposed to punishing or penalising for many and rewarding for few”.