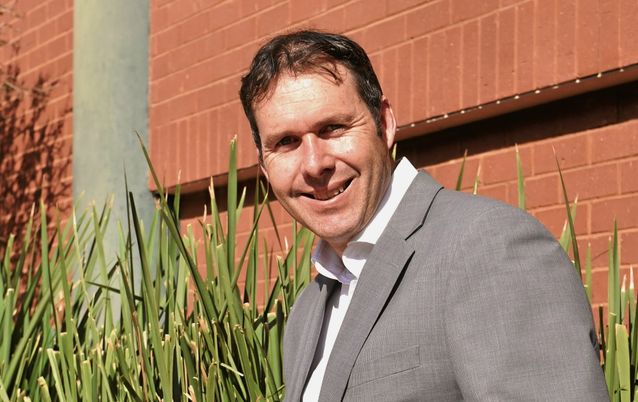 By Nicky Smith
Artificial intelligence (AI) is part of an evolution that will add value to humanity. But if it is seen as a threat and met with resistance, the consequences for jobs could be disastrous.Ryan Falkenberg, the co-CEO of Stellenbosch-based AI start-up Clevva, says SA is trapped in the industrial era, and meeting the demands of the future requires new ways of thinking about education and training in the workplace.

Falkenberg and his brother Dayne are serial entrepreneurs who have started three education and technology businesses that have received international recognition and awards.

As a change management consultant, Falkenberg was exposed to the effect that technology can have on the workplace. Employees, he found, weren’t always able to keep up with workplace changes.

His experience with two of his companies showed him that most learning was intended to “transfer data and logic into human brains” with the objective of people replicating this. Very little learning and training focused on the value people could add.

Clevva’s philosophy is to use AI to make people more valuable in businesses. This challenges the belief that AI makes people unemployable, with machines and robots replacing them in the workplace.

A data capturer’s job can be done by a computer. But a software developer’s creation, which a machine is unable to invent, can be enhanced using AI tools.

AI — which is a threat to workers in some fields — is outstripping humans’ ability to replicate and see patterns.

But what people are good at, Falkenberg says, is creating new learning and new knowledge by providing a very human capability: context.

The Falkenberg brothers’ approach to AI is about embracing technology that frees people from mechanistic, compliance thinking to better exploit the more human traits of creating and communicating.

To this end, Clevva has developed a low-cost, highly replicable tool. Falkenberg refers to the company’s AI platform as a “personal GPS” or “intelligent virtual adviser” that is able to provide expert information when it is needed.

For example, he says, a company may have thousands of products and could spend years training sales people to sell them . But each salesperson may remember just 200 products, and probably only feel comfortable selling five .

Instead of listening to what customers want, sales agents’ attention is focused on whether they are complying with procedures, or selling what they understand best.

Clevva has developed a virtual adviser that can automatically provide answers to questions about any of the 1,000 products that the company sells. By plugging into this information portal in real time, the salesperson can provide a vastly better service to the customer, which can then translate into better sales.

By developing this tool, Falkenberg says he has tackled the problem of employing people with the right attitude and aptitude, but who lack knowledge and experience.

Through its AI tool, Clevva can increase people’s employability, which is good news for SA’s unskilled population.